Not long ago I wrote an article that reviewed the evidence for BOLs presented in Dr. Eltjo H. Haselhoff's Hoeven Report. Haselhoff commented my article in the following open letter, that was delivered to a large number of recipients. Here you can read my formal reply.

I would like to react on your article Balls of Light at Hoeven? published earlier on the CICAP website, and in the CICAP magazine Scienza & Paranormale (#63, Sept/Oct 2005). I read your article (superficially) soon after it appeared, but did not react earlier. This was because of a dramatic lack of time in combination with the fact that I did not see much value in your work. Knowing the attitude and way of working of the CICAP organization, I did not think it was worth my time to react. However, currently I am enjoying several weeks of relax in the Alps, in your own beautiful country. Browsing over the Internet, I discovered that the CICAP organization has made huge efforts to manipulate the public opinion about the crop circle phenomenon, and to discredit my personal efforts in this field in particular.

As you have found out by now, after reading the proofs of the upcoming publication in the Journal of Scientific Exploration, the arguments and conclusions disseminated so rigorously by CICAP are wrong in my opinion, and only the result of fundamental errors in very basic mathematics, in combination with an unwillingness to communicate. I also think that CICAP has never attempted to execute independent and objective research in this matter, but rather tries to manipulate the public opinion by whatever possible means, including personal attacks on individuals. The course of events leading to my recent article in the Journal of Scientific Exploration is just one example. I therefore decided to write you an open letter, meaning that I will allow this letter to be freely copied and distributed, to be read by anyone who is interested.

The first section in your article that caught my attention, was the part where you describe how you reconstructed my numerical data by counting pixels in the bar graphs that can be found on the Internet:

... the JPEG format certainly did not help (a GIF would have had sharper edges), but... this is the form chosen by Haselhoff to publish his data and this is all that anybody has at his/her disposal to verify Haselhoff's conclusions.

This remark made it immediately clear to me that you were more interested in a personal attack, bringing up as many arguments as possible to discredit me and my work, rather than in an honest and objective analysis of my findings. The images you refer to were taken from the Internet. As you are a computer programmer, I would assume that you are aware of the fact that many web publishing applications convert any graphical image into JPG format, for compatibility and storage efficiency reasons. Moreover, as you can see from the images below, despite the lossy compression of the JPG images, your remark about the sharper edges of GIFs is completely senseless. 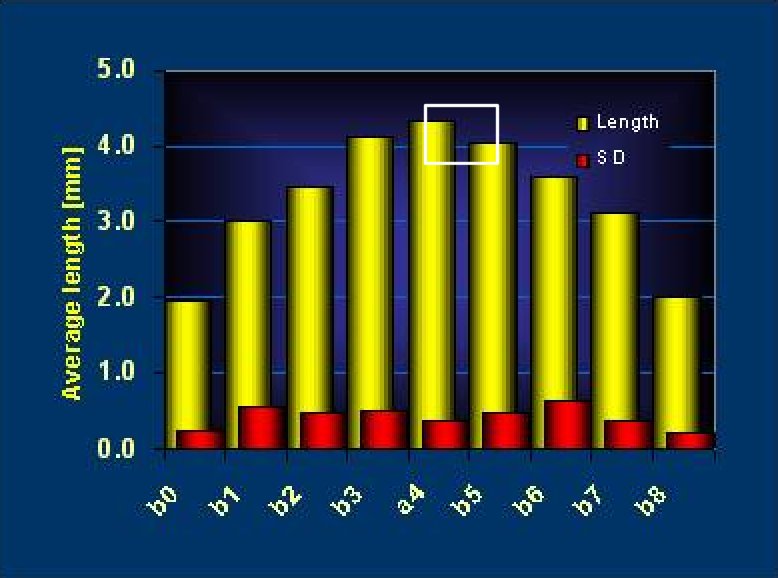 (Click on image to magnify)
Original bar graph, taken from the web site you refer to in your article. The indicated rectangular area can be seen in close-up in the next image. 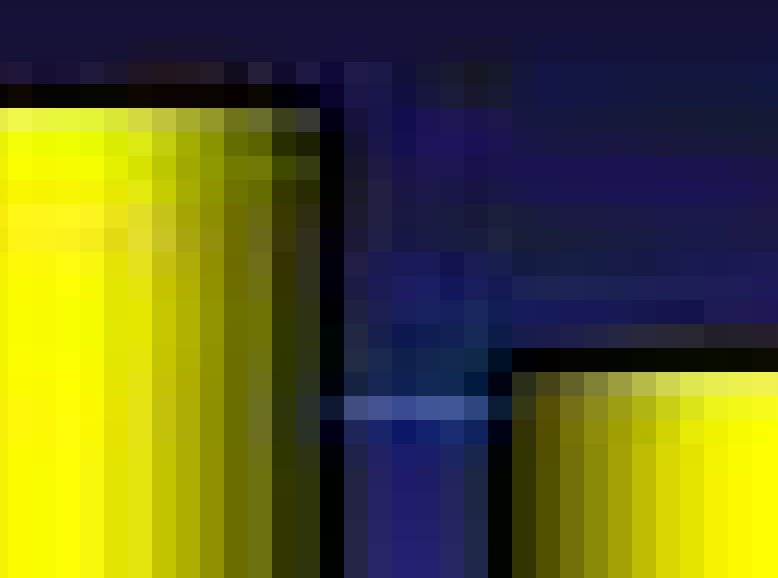 (Click on image to magnify)
Simple zoom of the previous image. JPG compression artifacts are obvious, but the individual pixels and all edges can be identified perfectly.

The individual pixels in the images and all edges of the bars can be seen perfectly on the JPG images, and the use of GIF would not have made any difference whatsoever. My conclusion: you added your denigrating remark only to manipulate your audience. So far for your objectivity and integrity, sir! I found many more examples of flawed, meaningless and non-objective arguments, but considering your attitude, so clearly demonstrated all over your article, I fear it will be a waste of my time bringing them all to your attention.

The only issue I would like to address is the fundamental line of reasoning in your article, which is flawed and does not justify your conclusions. You confronted my BOL model with a simple linear regression analysis, and demonstrated that the BOL model never fitted the experimental data better than a straight line. In your own words:

I compared Haselhoff's model to the simplest possible two-parameter model:

which is a trivial straight line. I think it is reasonable to demand that Haselhoff's model fits the data better than a straight line, otherwise I cannot really see how it can be claimed that the data yield an empirical evidence supporting that model. The comparison with the straight line is aimed at answering a question: is the BOL curve objectively deducible from the data, or is it just a subjective interpretation?

Your reasoning here contains most fundamental errors. We are not just inventing arbitrary functions to fit our data, or trying to have curves ‘bubble up’ from measurements, but we are testing a hypothesis. The 1/r² curve is chosen because of its physical counterpart: a ball of light, seen by eyewitnesses, and recorded on video multiple times. What is the physical counterpart of your straight line? There is none. Your straight line is just an arbitrary, senseless choice. Moreover, what you call and interpret as a ‘simple straight line’ is in fact not a straight line, but a symmetric triangle in each of the cross sections of the crop circle. Hence, what you have demonstrated in your article, is that the node lengths in the cross sections correlate well to a triangular shape. Fine. But a triangular fit must be considered an anomaly too, unless you provide a logical (bio)physical explanation for a triangular symmetry of node lengths in a crop circle. If you don’t, there is no sense in refusing the BOL model, and replace it by a straight line model, because the BOL model has a physical counterpart, supported by video footage, and your straight line model has not.

In conclusion: you have demonstrated that circumstantial evidence in a crop circle fits a meaningless model. By no means does this justify your final conclusion that «the Hoeven circle data do not support the BOL hypothesis and do not disprove more "traditional" possibilities such as the use of strings and planks», as anyone with some common sense would agree.